Skip to content
Home>News>Australian Biotechnology “REALITIES” : From the Laboratory to the Marketplace

Australian Biotechnology “REALITIES” : From the Laboratory to the Marketplace 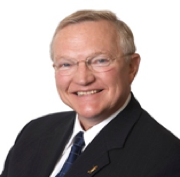 Based on his depth of knowledge, Bob discusses the ‘realities’ facing Australian biotechnology.

It’s often said that Australian biotechnology research “punches above its weight”, and it’s true. Our country does remarkably well in terms of the discovery of novel molecular compounds that demonstrate in vivo and in vitro efficacy in research laboratories and equally, we develop very clever medical devices to address unmet global needs.

But there is a ‘but’. When it comes to funding and commercialising the science emerging from its laboratories, most Australian biotechs fail to deliver, often struggling just to survive.  In 2018, for instance, the Global Innovation Index (GII) ranked Australia 20thof 126 countries in terms of research performance. Yet on its innovation efficiency, Australia ranked 76th. Why so?

The 2nd reality – Virtually all Australian biotech start-ups begin with private funding — not from public sector financial institutions or investment funds — and nearly all start life under-capitalised. Their initial capitalisation is simply not sufficient to last until they at least achieve ‘proof of principle’, a solid patent portfolio and a compelling preclinical package if the development is a biological compound, or beta testing in situ in actual markets if it’s a medical device.

The 3rd reality – As a rule of thumb, start-up biotechs need to have sufficient capital to survive a minimum of 3 years without any capital injections. Most start with less than that and incur higher cash burn than forecast so they are under financial stress by year 3.

The 4th reality – They also need anchor investors, in for the long-term and importantly,  prepared to inject follow-on tranches of capital. Lack of an exit opportunity in the first 3 years creates “market overhang” so that initial investors pounce on any opportunity to exit, thereby driving the share price down and making capital-raising very difficult thereafter. More often than not, Australian investors in start-ups become impatient and begin pressing for a ‘liquidity event’, generally in the form of an initial public offering (IPO) so they can exit after 3 years, if not earlier.

Final reality – Collectively the four realities above work against Australian biotechnologies becoming sustainable thriving businesses beyond 3 years because – unlike many other businesses – biotechnologies require a very long gestation period to reach a significant value inflection, or turning, point. Typically, it takes 5-8 years to produce, test and demonstrate that their product has genuine commercial potential.

Commercial viability is often realised in the form of a licensing deal or a collaboration with a major global player. Patient long-term investors do have the potential of deriving exponential returns on their investments, but patience is absolutely imperative and waiting 5-8 years or more is a realistic investment horizon to achieve optimum rewards. Australia has a severe shortage of such investors.

Unfortunately, it is common that for most Australian biotechs, their only survival option after 3 years is to secure funding at a substantial discount to the implicit underlying value of their technology — regardless of whether or not their equity is still privately held or publicly listed.

This creates a ‘disconnect’ between the equity value of their company (market capitalisation) and the realistic, albeit currently unrealisable, value of the technology in their development pipeline.  Typically, after 3 years when a biotech most needs a fresh injection of cash, its technology has not progressed far enough to generate “sizzle” in the capital markets.

Consequently, it is forced to drastically discount the price of its equity in order to attract funds or, alternatively, it prematurely creates a liquidity event such as an IPO. When a liquidity event such as an IPO does occur the new investors, known as ‘market makers’, are often short-term share traders, while the original investors remain quarantined from trading for perhaps a year and after that become trapped, unable to exit their holdings without punishing the share price.

The result of all of this is that Australian biotechs rely almost entirely on a few private sources of capital, so-called ‘high net worths’ and a few private funds. They are rarely able to attract investments from risk averse financial institutions or commercial funds and almost never from superannuation funds – at least until they are already proven international commercial successes such as CSL, the multi-billion-dollar pharmaceutical and blood products company, ResMed, developer of sleep and breathing technologies, or Cochlear, the hearing implant company.

Where US and European biotechnology companies receive follow-on tranches of investment in the year 3-8 danger zone, Australian Biotechs are typically cash-starved during the 3-8-year period when they most need the funds to convert their technologies into commercially attractive products that are able to garner global attention and major commercial deals and licenses.

Like most technologies, development of biotechnology products is a global race. The first to patent, the first to license, the first to obtain regulatory approval and the first to market wins. If an Australian biotechnology company is cash starved in years 3-8 and forced to ration its human resources just to survive, it will unavoidably be at a severe disadvantage to its international competitors who have access to more patient sources of funding.

All up, Australian biotechs face a rougher road from the laboratory to the marketplace than their international competitors. And the lack of access to patient capital is a key difference.

For many historical reasons, Australian financial institutions tend to be risk averse, preferring alternative investment opportunities with 1-3-year returns on their investments. Alien to them is the reality that of every 10 biotech start-ups, 5 or 6 will likely fail, 1-3 will become ‘the living dead’, and as few as 1-3 will become spectacularly successful.

Another significant difference is that mature US and European financial institutions – such as private investment funds, insurance funds and pension funds — are willing and able to employ full-time specialist biotech analysts to manage larger investment portfolios over much longer time frames. Such dedicated biotechnology specialists don’t exist in major Australian financial institutions.

US and European financial institutions also have the ability and willingness to absorb a high rate of investment failures. Many have investors in their own funds with an appetite for high risk/high reward investments. They also retain substantial cash reserves available to provide follow-on tranches of investment over longer time frames, typically 5-10 or even 15 years.

In sum, the reality is that a majority of Australian biotechs are ‘technology rich’ but ‘cash poor’ and most struggle from years 3 to 8 and beyond.

Fortunately, all is not gloom and doom. It’s important to give due credit to government for its support of innovation and discovery of good early-stage technology in research institutions, as indicated by the GII rating noted earlier.  That said, what is needed is more courage and creativity to incentivise funding by financial institutions for later stage investment, specifically that 3-8-year window.

A good place to begin would be a concerted effort to unlock investment in biotechnology from just 1% of the enormous hundreds of billions currently committed in superannuation funds. Definitely not easy, but doable. How:

The dream outcome of initiating these changes would be win-win-win.

Win One: an investment in the biotech sector of just 1% of total funds under management in Australian super funds would be enough to elevate Australian biotechnology to become a ‘Silicon Valley’ of biotechnology.

Win Two: if the super funds’ investments are expertly managed over the long-term, they should yield exponential returns, without materially risking the total funds supporting retirees.

Win Three: would be a major uplifting component of the entireAustralian economy.

And that would be a big win for everybody – the superannuation funds,  the biotech sector and all of Australia!