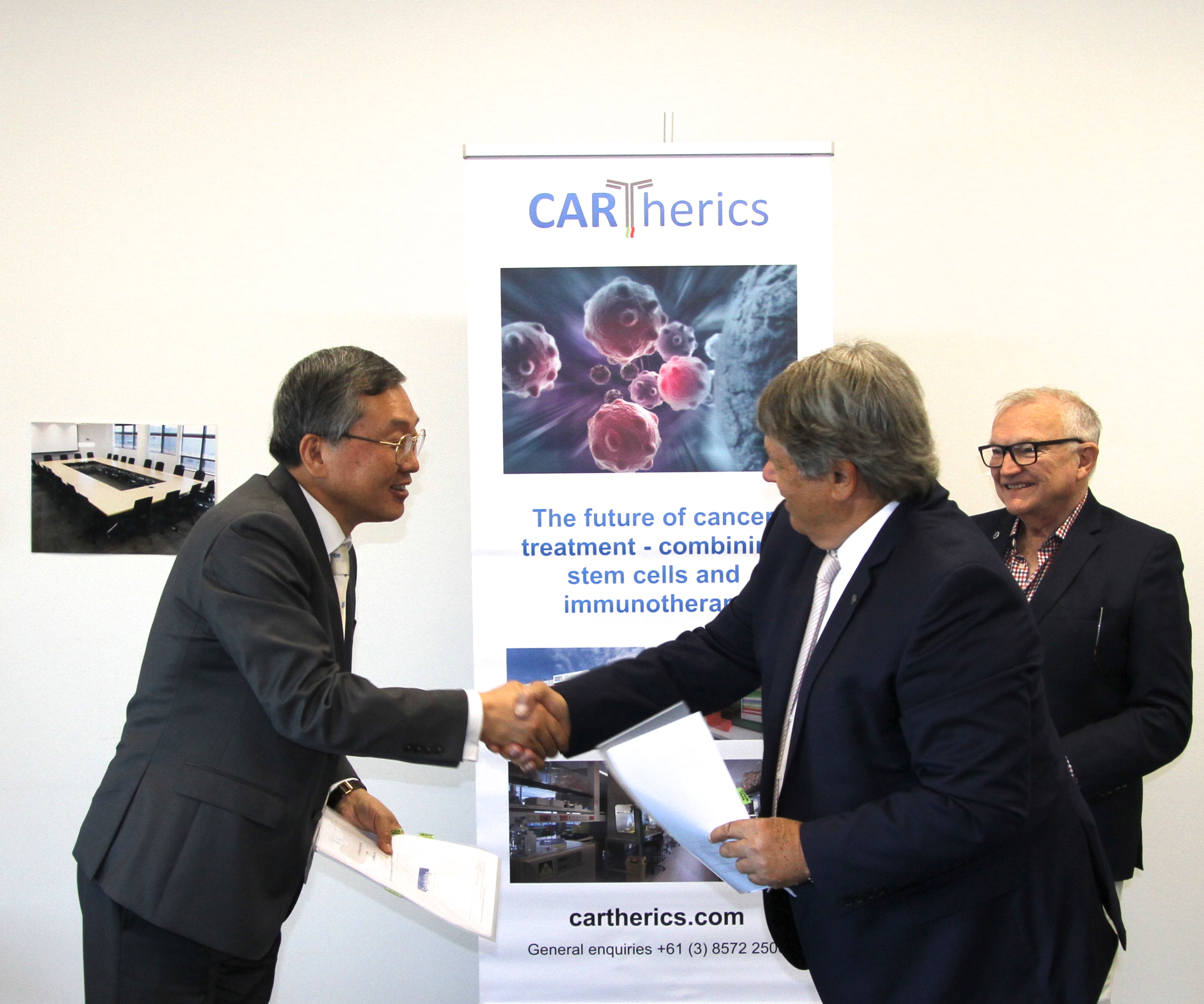 In January 2019 Australia’s Cartherics Pty Ltd and Seoul-based ToolGen Inc signed an agreement. The companies would share Cartherics’ expertise in immunology and stem cell science and ToolGen’s gene editing technology in a joint research project aimed at boosting the ability of a patient’s immune system to fight cancer.

It seems a straightforward arrangement. But, the backstory is far from straightforward. In fact, it’s a tale of prepared minds and networking, one reflective of the process of science itself.

And it began in the home of a restless teenager, living in Seoul, Korea. “They were very controlling,” Lee says of his parents. “I wanted to learn English, get away from my parents, and live independently.”

But where? After going through the options, from Canada and Italy to Australia, Lee and his parents agreed that, with their financial support, he would enrol in Grade 11 at The Peninsula High School on Victoria’s Mornington Peninsula. “I heard education is better in Victoria than the other states,” explains Lee who chose to study biology … and learn English.

From there, Lee went on to the University of Melbourne where he did a Bachelor of Engineering. His Honours project brought together his interest in biology and engineering. “My project was to identify a small molecule to target amyloid fibrils for Alzheimer’s,” says Lee, who enjoys the interplay of fields.

With a First-Class Honours degree in hand, in 2010 Lee returned to Seoul to take up a position with Samsung’s biological division, working on antibodies. “At Samsung, I realised I knew nothing about translational science, but that it is interesting. I decided to continue studying.”

Lee was accepted at Monash and began working with Boyd and neurobiologist Steven Petratos in 2011. His research involved the quest for potential treatments for Multiple Sclerosis, work that continues in Petratos’ lab.

While doing his doctorate and writing papers – 16 in total – Lee attended international conferences. At one, his interest was piqued by a “disruptive” gene-editing technology: CRISPR-Cas9.

So, when Lee  was awarded his PhD – with a Dean’s Award for doctoral thesis excellence – he knocked on ToolGen’s door in Seoul. “I wanted to join just to learn more about CRISPR.”

Lee signed on in 2016 and is now Director of R&D Therapeutics and Business Development. Of course, Lee maintains his network.

He takes up the narrative: “In 2018 Steven mentioned Professor Richard Boyd Boyd was working with a new biotech company, Cartherics, which is working on CAR-T and CRISPR technology.  We had some preliminary data on gene-edited CAR-T cells, so I sent Richard information about the data.

About a month later I went to the International Society for Stem Cell Research meeting and Professor Alan Trounson was there. I met Alan and Dr Ian Nisbet [Cartherics’ Corporate Advisor]. Alan was really interested and excited.  By about June 2018, Ian and I were negotiating. Six months later we entered into an agreement.”

The collaboration is going well. In fact, Lee and Nisbet were discreetly negotiating at this month’s Knowledge Commercialisation Australasia Annual Conference[1]in Sydney.

Alan Trounson is ranked among the world’s most prominent scientists